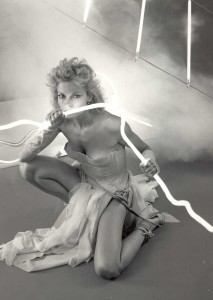 After living In Chicago for 22 years, performance poet, Jean Howard, returned to her hometown, Salt Lake City, Utah in 1999. Her poetry has appeared in Harper’s Magazine, The Burning World, Spoon River Review, Chicago Tribune, among a hundred other literary publications.

A participant in the original development of the internationally acclaimed “Poetry Slam”, she has been awarded two grants for the publication of her book, Dancing In Your Mother’s Skin (Tia Chucha Press), a collaborative work with photographer, Alice Hargrave.

Howard has performed her poetry at hundreds of venues nationwide, with such diversity as Chicago’s Big Goddess Powwow, the Guggenheim’s “Art of the Motorcycle Exhibit” at the Field Museum, Chicago’s Museum of Contemporary Art, The Harold Washington Cultural Center, the Salt Lake Arts Festival, Utah Humanities Book Festival, as well as churches, coffee shops, mortuaries, art galleries, pet shops, festivals, biker bars and of course the infamous Green Mill where the “Slam” began.

Currently, Jean serves on the Board of Brolly Arts and the Advisory Board of Utah Arts Alliance. She organized the annual National Poetry Video Festival in Chicago for eight years, with her own award-winning video poems airing on PBS, cable TV, and festivals around the nation.