What Do You Get When You Cross a Poet With a Camera?

If music can soothe the soul, then poetry video, a mix of poetry often infused with music, pictures and graphics, must get the juices flowing again.

“Performance poets are very aggressive,” says Jean Howard (National Poetry Video Festival organizer and performance artist.) “They are not content with having their poetry published in little journals.”

Breaking into the television industry, a renegade group of poets, Howard among them, have brought performance poetry to yet another venue, in effect merging two art forms into one.
When performance poets displayed their fiery brand of hair-raising, theatrical readings in slams like the Green Mill’s on the city’s North Side, they were viewed as unorthodox in their methods. “Some of the academic poets considered performance poets to be crude,” noted howard, who says that performance poets don’t usually publish their works.

While she and other performance poets are against artists who buy into the commercialization of their work (as in the case of one Gap jeans commercial that caused some conflict within the close-knit poetry community), she doesn’t think that poetry video in its true form would be considered selling out.

“People get a lot of information from television. They watch it all the time,” says Howard. “Video Poetry is a … (Click here to read more.) 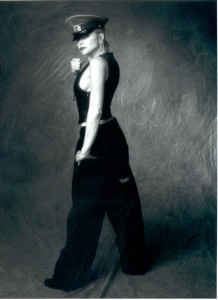 Harley And The Hill