Dancing in Your Mother’s Skin 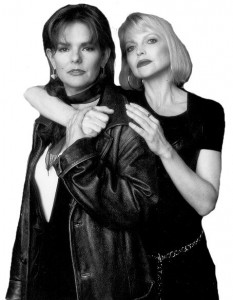 For eleven years JEAN HOWARD has combining her poetry with theatre, art, dance, and now photography. her poetry has been featured in publications such as “Harper’s Magazine:, “Chicago Tribune”, and twenty literary publications. A participant in the original development of the nationally acclaimed “Uptown Poetry Slam”, she is the recipient of grants from the Illinois Arts Council and the Chicago Department of Cultural Affairs.

ALICE Q. HARGRAVE recently received recognition for her one-woman exhibition, “The Architecture of Memory” at the Chicago Library Cultural Center. She also has been included in several group exhibitions. Her work has been reviewed by the “Chicago Tribune”, “Photo District News” and “Chicago Magazine”. Her editorial work has appeared in publications such as “Time”, “Newsweek”, “The London Observer”, and “Forbes FYI”. 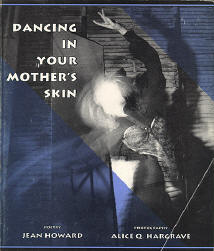 “In the world that Jean Howard and Alice Hargrave inhabit, young girls catch grasshoppers beside serial killers, and a women’s bathroom attendant finds meaning in a toilet bowl. Rather than apologizing for the oddities of life, Dancing in Your Mother’s Skin celebrates them.”
-Dwight Okita / Backstage

“…Photographer Alice Q. Hargrave brings the intangible quality of memory to her prints, which reveal relationships between architecture and nature…She suggests the visual and spiritual continuity of the human touch on environments separated by thousands of miles and several chapters of history.”
-Abigail Foerstner / The Chicago Tribune

“Alice Q. Hargrave’s photography draws the viewer into an eerie way of seeing and feeling the ordinary world.”
-Michael A. Weinstein / New City

(slam, hip hop & the poetry of a new generation)
edited by Mark Eleveld/advised by Marc Smith

The Spoken Word Revolution is the celebration of a revolution in poetry and a collection of the written and performed works of more than 40 of the most influential slam, hip hop and performance poets in the world today.

Editor Mark Eleveld, a high school teacher in Joliet, Illinois, cofounder of EM Press and an eloquent champion of spoken-word poetry, has joined forces with Marc Smith, the acclaimed Chicago-based poet and creator of the poetry slam. Together they trace the evolution of spoken-word poetry and espouse a continuation and rebirth of the oral tradition in our country and in countries around the world, where the power of poetry performed inspires an audience.

Slam poetry has evolved into a worldwide social, literary and cultural movement. this is the definitive collection of spoken-word poetry, brought together for the first time from the page to the stage. 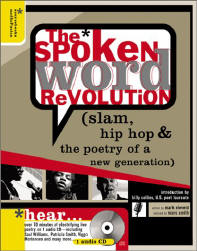 “There’s hope, friends….a new book is out that may help us to confront one of our oldest dilemmas.”
-Tony Brown / www.gotpoetry.com